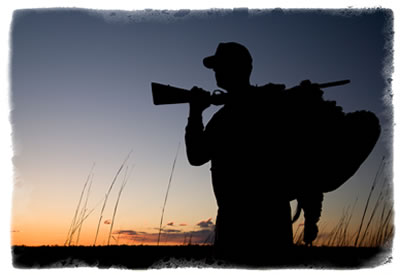 Winter Farms Hunting offers guided spring turkey hunts on Maryland’s Eastern Shore of Maryland. Our Maryland Turkey hunts are on over 8000 privately owned acres to ensure quality turkey hunting action all through the season. We enjoy a high success rate during our turkey hunting season and are careful not to over pressure our birds. The Maryland turkey season typically starts the third Saturday of April running until mid May. Let our experienced Maryland Turkey guides take you on the hunt of a lifetime.

The wild turkey is native to North America. It is the same species as the domestic turkey, which was originally derived from a southern Mexican sub species of wild turkey. Although native to North America, the turkey probably got it’s name from the domesticated variety being imported to British ships coming from Spain. The British, at the time, associated the wild turkey with the country of Turkey and the name stuck.

Adult wild turkeys have long reddish yellow to grayish-green legs. The body feathers are generally blackish and dark brown. Overall, with a coppery sheen, adult males, called toms or gobblers, have large featherless, reddish heads, red throat and white wattles in the throat and neck. The head has fleshy growths called carnubles. Juvenile males are called jakes; the difference between an adult male and a juvenile is that the jake has a very short beard. The fleshy object on a male’s head is called a snood. When excited, the head of a male turkey turns blue, when ready to fight, it turns red.

The male turkey is substantially larger than the female. Females are called hens and have feathers which are duller overall and shades of brown and gray. The adult male or tom normally weighs 11 to 24 lbs. The adult female is typically much smaller and weighs 5 1/2 to 12 lbs. The record size adult male wild turkey is 37 lbs. according to the National Turkey Federation.

Some hunting gear you will want to bring for Maryland turkey hunting trips: